CzechMate: In Search of Jiří Menzel is the title of an epic documentary recently released by the UK’s Second Run DVD. Director Shivendra Singh Dungarpur’s self-financed project was sparked by his love for one Menzel film and grew into a unique, 448-minute portrait of the Czechoslovak New Wave. I discussed it with Mehelli Modi of Second Run, a large part of whose catalogue comprises lovingly curated classic Czechoslovak films.

Could you please tell us about the genesis of this project? It sounds so incredible.

“First of all, I don’t know personally of anyone else who would have done what Shivendra Singh Dungarpur, an Indian filmmaker, did: Eight years making a film which is now almost eight hours long, with his own money, travelling all over to speak to the artists whose films he’d seen, convincing them to be interviewed. 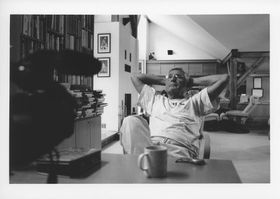 Jiří Menzel, photo: Shivendra Singh Dungarpur “And then at some point editing it all down into a seven-plus-hour film, without ever even knowing if it would ever be seen by an audience.”

It’s subtitled In Search of Jiří Menzel – but it’s really about much more than Menzel, isn’t it?

“Of course. It started off in a strange way… We’ve talked before and you know that my love for Czech cinema started because I once saw Diamonds of the Night [by Jan Němec] in the ‘60s.

“For Shivendra, it was Closely Observed Trains. And from that moment on he wanted to meet and talk to Jiří Menzel.

“And what happened was that conversation with Menzel took Shivendra to one other person, and from there it just began to escalate.

“He’d seen all these films and every time he could speak to anyone, he rushed there with a camera to speak to them.

“And because it’s over eight years, he has conversations with people who have passed away now.

“So what you’re seeing there is something which will never, ever be able to be repeated.”

I understand also that he really to push some of these filmmakers and actors to speak to him. 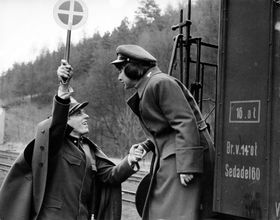 'Closely Observed Trains', photo: Czech Television “Very much so. Because it was, like, Hello, I’m an Indian filmmaker, I’m coming and I want to talk to you about your film.

“Obviously people like Jan Němec were much, shall we say, grumpier, but then that is the persona of Němec, isn’t it?

“And he ended up being friends with all of them and I think most of them, certainly of the ones I’ve met since, were very proud to be part of this.”

And Shivendra Singh Dungarpur doesn’t just only interview people involved in the Czechoslovak New Wave, but also filmmakers from other countries.

“… who were affected by the Czech New Wave. For example, Ken Loach. Loach was so affected – his favourite film is Forman’s A Blonde in Love – that he took Miroslav Ondříček away to film his films.

“There are so many people affected by the Czech films – and he managed to speak to so many of them. I can’t tell you how it really is a grand folly, and cannot be repeated.”

It’s over seven and a half hours long. Do you expect at Second Run DVD to find much of a market for this extremely long film?

“You know our feelings for Czech cinema – how could I not release CzechMate, having seen it and loved it?”

“He was a storyteller”: Czech directing great Ivan Passer dies at 86

Ivan Passer, one of the leading lights of cinema’s Czechoslovak New Wave, died in the US late last week at the age of 86. Best-known… 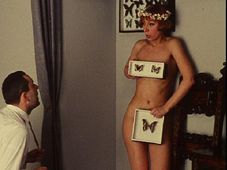 The 1966 film Daisies by Věra Chytilová has come sixth in an extensive new BBC poll of the 100 greatest works by female directors.… 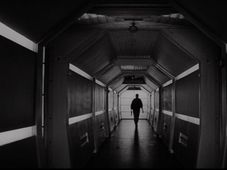