The US secretary of state, Mike Pompeo, will arrive in Prague next Tuesday as part of a short tour of the region. The following day Mr. Pompeo will hold talks with the Czech prime minister, Andrej Babiš, that are expected to touch on trade and security issues, including China.

United States Secretary Of State Mike Pompeo is due to arrive in the Czech Republic on Tuesday as part of a short tour of the region.

He announced the visit at a news conference in Washington on Wednesday.

“A quick logistical note: On Monday I’ll leave for the Czech Republic, Slovenia, Austria and Poland – all great friends of America. It’ll be a very important and productive trip, I expect.” 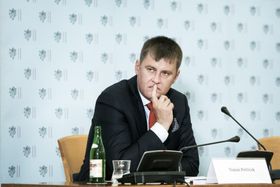 While in Prague Mr. Pompeo will hold talks with the Czech prime minister, Andrej Babiš, on Wednesday, while there has been speculation he may also sit down with the president, Miloš Zeman.

Among the items on the agenda of Mr. Pompeo’s visit to Central Europe is expected to be Washington’s plan to pull nearly 12,000 troops out of Germany in what the US government calls a “strategic move”.

I asked journalist Daniel Anýž, who is an expert on Czech-US relations, how the announcement of the withdrawal had been received in Prague.

“My sense is that current Czech representatives don’t care that much. They don’t see it as a security risk – unlike other allies, like Poland – if there is some decrease in US presence in Europe.” 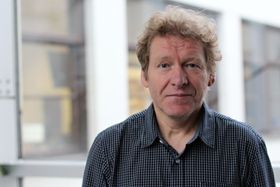 Daniel Anýž, photo: Jana Přinosilová / Czech Radio What do you think we can expect from the visit of Mike Pompeo next week? What will be on the agenda?

“I think we can definitely say that one point will be the China issue, which means Huawei.

“We were one of the first countries which replied last year to the arguments of the Trump administration that Huawei, the Chinese firm, is a security risk, if it was allowed to be part of 5G networks.

“It was in fact the Czech cyber security authority NÚKIB [the National Cyber and Information Security Authority] that at that time issued a warning to Czech companies.

“So Pompeo is coming to speak about this point to a friendly country, in contrast with Germany and some others, like Italy, who replied in the way that it’s their business what they do.

“As Pompeo will meet Mr. Babiš, they will definitely speak about this.” 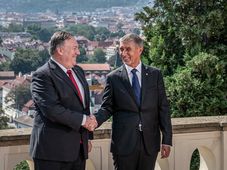 Thirty years ago on this day, February 21, then Czechoslovak president Václav Havel addressed a specially convened joint session of… 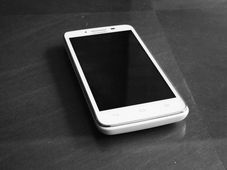 In July, a paper was published by Dr. Christopher Balding from the Fulbright University in Vietnam, which looked into the link between…