Czech MPs have voted to make Stanislav Křeček the country’s next ombudsman. Mr. Křeček, who is 81, is a divisive choice for the post. Critics say his election will undermine the institution of ombudsman but supporters argue he will return it to its original mission. 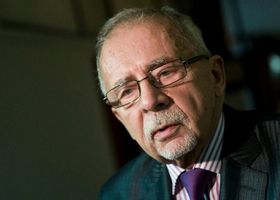 Stanislav Křeček, photo: Filip Jandourek / Czech Radio Stanislav Křeček is a former Social Democratic Party MP, the long-time head of a national tenants’ association and served as deputy ombudsman in the past.

On Wednesday 91 of 175 deputies present in the 200-seat lower house voted to make him the fourth Czech public advocate since the post was created in 2000.

He will replace Anna Šabatová, a communist-era dissident.

It was a secret ballot but speculation is that Mr. Křeček received the backing of MPs from ANO, the Social Democrats, the Communists and Freedom and Direct Democracy.

ANO MP Martin Kolovratník says the new ombudsman will follow the example of the first person to hold the post, Otakar Motejl.

“He wants to return to the original conception of the institution, to the ethos of Otakar Motejl. That means regarding the ombudsman’s office as an exacting state authority that defends the public from other authorities and agencies, and from bureaucracy. He will put forward opinions on how state officials should behave toward the public. Anna Šabatová pushed an ethos of human rights. She brought in ideology, focused on minorities, and so on.”

Mr. Křeček, who was nominated by President Miloš Zeman, has pledged to defend the rights of the “majority society” and says, for instance, that Romanies should take care of their own rights.

Critics have also pointed to his description of Muslim migrants as an “invasion”, defence of PM Andrej Babiš in the face of his legal tribulations and spreading of an online hoax that German cities were renaming Christmas markets “winterfests”.

TOP 09 leader Markéta Pekarová-Adamová accuses him of using racist language and says he will debase the office of ombudsman.

Protest group Million Moments for Democracy said they would demonstrate if he got the job – a threat some suggested may have led some undecided MPs to back Mr. Křeček in Wednesday’s ballot.

For his part, Stanislav Křeček rejects suggestions he will not respect minorities.

“As a lawyer I have represented a lot of people, including Romanies, all around the country. So that is just not true. I have been an advocate for many ordinary people and defended the rights of ordinary people. I will convince my current opponents through my work.”

Mr. Křeček, who will be 87 when his term as public advocate ends, also says he hopes Czech citizens will regard the office of ombudsman as one where “common sense” applies and “activist” positions are not adopted.

The search for the Czech Republic’s next ombudsman continues to be marred by controversy. After withdrawing his first nomination, the… 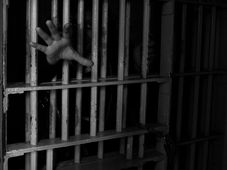