The eastern parts of the Czech Republic have just seen devastating flash floods that overturned cars, flooded houses and undermined roads after just a few hours of torrential rain. One person was killed, another is missing and damages to property and infrastructure are extensive. Given that flash floods are not uncommon in this country –could the impact of this natural disaster have been mitigated and are we partly to blame for being ill-prepared for periods of torrential rain? That’s a question I put to hydrobiology expert David Pithart. 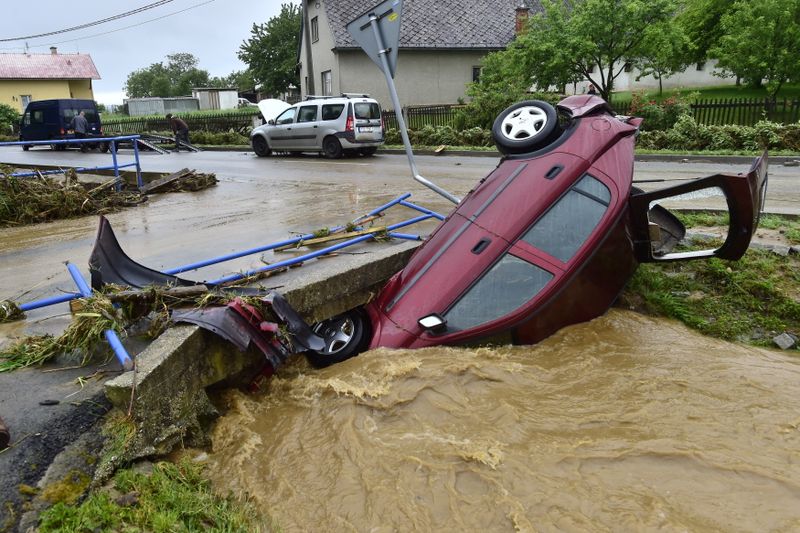 “On the one hand, in times of heavy rain, flash floods are unavoidable. We cannot stop them completely, but we can influence their dynamics and their impact. There are two basic factors which influence them – climate change and growing extremes of precipitation on the one hand, and the structure of the countryside, rivers, streams and agricultural land, on the other.” 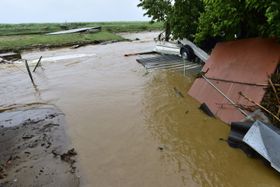 Photo: ČTK / Luděk Peřina Would you say that adequate measures have been taken to protect towns and villages, particularly in high-risk areas, from flash floods?

“No, the measures that have been taken to mitigate flash floods are inadequate and the danger has been underestimated. Certainly such measures have not been taken on a broad scale. Our landscape problems are a legacy from the communist era and the landscape management has been adopted by the new entrepreneurs and big farms. So landscape changes have not been made on a big scale.”

Can you explain what is wrong and what needs to be changed?

“If you have flash floods they are often caused by superficial outflow; the water cannot precipitate into the soil because the precipitation is just too intensive. So you have to think about what’s on the surface. If you have arable land there you will also have mud coming down to the village together with the water. So we need to think about where the outflow areas are and make them green, and vegetated by grass and not by arable land. Then we have to put up some barriers on slopes which are above villages or infrastructure in order to reduce the speed of this superficial flow. These barriers can be alleys of bushes and trees or we can build dry water reservoirs which only get filled in the event of a flood or torrential rain. And these measures have not been taken on an adequate scale.”

Do you feel that the state is to blame? Or should municipalities know better what needs to be done? 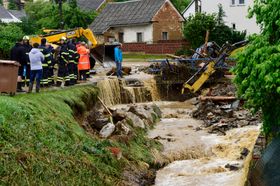 Photo: ČTK / Luděk Peřina “I think municipalities are quite active and often think about their local situation and initiate a lot of things, but often they don’t own the land where changes need to be made and have to rely on the entrepreneurs who do. That makes it a complicated process because these large agricultural farms are not very willing to start a reconstruction of the countryside. So the state can also be blamed because it does not initiate and provide adequate motivation for these farms to restructure the countryside.”

This landscape was formed during four decades of communism, another thirty years have passed since without too many changes – how long will it take for us to change the landscape so as to be better protected from flash floods?

“I think that if the motivation and finances are there, then in ten years we could dramatically improve the countryside. But the problem is that these motivation packages are not available yet. And I am afraid that a lot of these agricultural farms are blocking change, lobbying at the Ministry of Agriculture and so on. They are not in a hurry to change anything.”

Because it would complicate their life and enterprise…

Environment experts working on landscape that will withstand droughts and floods

In the debate about climate change, climate is often seen as the given – the main factor that is impacting nature and, of course, people.…

The month of July, 1997 brought devastating floods to Central Europe. The flooding began in the Czech Republic, then spread to Poland…