The Czech government’s Commissioner for Human Rights Helena Válková (ANO) is under pressure after the news site Info.cz accused her of defending laws used against dissidents during the normalisation era, providing an article on “protective surveillance” that she penned with a famous show trial procurator in 1979 as evidence. Mrs Válková told Czech Radio that the accusation was a “horrendous lie”. However, the opposition has called for her resignation and even the prime minister says that the allegations need to be explained. 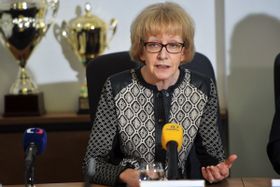 Helena Válková, photo: Filip Jandourek / Czech Radio The rhetoric of state prosecutor Josef Urválek, who sent dozens of Czechoslovak citizens to their deaths in a series of stitched up show trials during the 1950s, bears remarkable similarity to that of his Nazi equivalent Roland Freisler.

Yet it is with this monster of the country’s twentieth century history that the former justice minister and the current Czech Government Commissioner for Human Rights Helena Válková co-authored an article focused around the “protective surveillance” of former prisoners in the 1979 issue of the legal journal Prokuratura.

The news site Info.cz, which broke the story on Thursday, says it has found a number of her articles from the time which show that Mrs Válková defended laws aimed against dissidents.

According to Communist-era focused historian Petr Blažek, Mrs Válková defended the legal procedure of "protective surveilance", a practice, he says, that was often abused against political opponents.

“People after coming back from prison were required to regularly report themselves at the local National Security Corps police station, sometimes multiple times a day. The police were allowed to enter their home without warning whenever they wanted and had to be informed if the individual wanted to move, for example to another town.”

Mrs Válková herself has spoken out strongly against the accusation and is apparently considering legal action against the news site.

“I consider this nasty oversimplification. All criminal sanctions were abused against dissidents. I certainly did not take part in anything, any sort of political persecution.”

She says that, at the time, she did not know about the abuse of “protective surveillance”. In the article she writes about its use against recidivists. 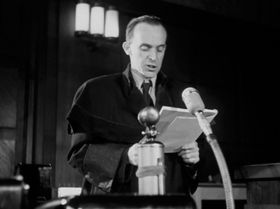 Josef Urválek, photo: Czech Television In regards to the black past of co-author Josef Urválek, Válková states that she had no idea about what he did during the 1950s.

However, many opposition party leaders are now calling for her resignation, highlighting the fact that Mrs Válková was nominated by President Miloš Zeman to become the country’s next ombudswoman.

“Such a position should go to a person with a high level of moral credit, not to someone who was not only a Communist Party member during the previous regime, but also took part in defending the practices that were used against dissidents at the time.”

Mrs Válková says she sees no reason why she should renounce her candidacy in light of what she calls a media “witch hunt”.

However, it seems that she is likely to face some serious questioning not just from the opposition but also from her party leader, Prime Minister Andrej Babiš. In a subsequent interview with the daily Právo he called the allegations serious and said Mrs Válková needs to explain them. He did not want to speculate on whether she should renounce her candidature for ombudswoman.

The search for the Czech Republic’s next ombudsman continues to be marred by controversy. After withdrawing his first nomination, the… 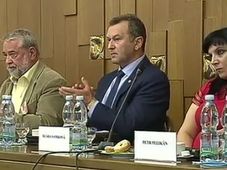