Nearly half of the Czechs who were quarantined after returning from Italy, broke the government order, data released by an independent IT initiative shows. It was collected by analysing anonymous card payment details and is just one of the ways in which big data is being used to keep better track of COVID-19 and its spread. The government has also stepped in, giving patients the option to share their movement with hygienists. 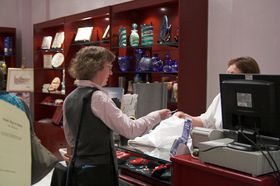 Illustrative photo: icyjumbo via Foter.com / CC BY-NC-ND The shocking information that 46 percent of Czechs returning from Italy had not respected the government imposed quarantine measures and gone out of their house, was released on Thursday by COVID19CZ, an initiative of experts in the IT sector.

One of their members, Petr Bednařík from the company DataSentics, told news site Seznam Zprávy that the group was able to sift out from transaction data the amount of people that had used their card to pay in Italy and then the Czech Republic in the space of two weeks - the quarantine time limit imposed by the government.

The group has come up with other interesting details on how Czechs have behaved during the virus pandemic.

For example, they have created a website which lists the online and offline purchases Czechs have been making since mid-February.

It shows that following the government closedown on all shops except for food stores and pharmacies, the amount of purchases in the latter two shot up dramatically. In the case of medical purchases, the number was in fact 54 percent higher than over the past three weeks. Aside from independent initiatives, the Ministry of Health has also taken advantage of data pools.

On Thursday, they began offering COVID-19 patients the option to allow their movements to be tracked.

Those who give the green light after receiving a phone call from a special co-ordinator then contribute to establishing so-called “heat-maps” showing where further infections most likely took place, says Czech Radio’s data journalist Jan Cibulka.

“This is possible because the law obliges telecom providers to keep tracking data, specifically where the user was located ad with whom they communicated, six months back. 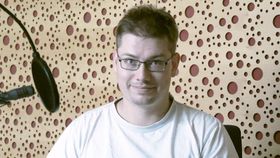 Jan Cibulka, photo: Tomáš Roček / Czech Radio “The information can also be downloaded by state hygiene offices, but only for a period of three weeks back and only under the condition that the owner of the phone agrees.

“It enables [hygiene officers] to establish who the infected were in contact with and where they went, giving them the opportunity to map out locations where the virus most likely spread.”

If their data does end up being used, patients are subsequently informed by text message and can ask for what purpose.

According to the Health Ministry they are theoretically obliged to co-operate based on paragraph 62a of the Public Health Protection Act, and could face a fine of up to CZK 3 million if they do not.

However, Mr Cibulka says that the option to refuse does not immediately mean that the patient has broken the law.

“According to Jiří Grund, the head of the Association of Mobile Network Providers, this fine does not relate to those who refuse to provide it.

"The fine would only be possible if the individual either completely refused to talk to the authorities, or if they purposely supplied them with false information.”