For Slavonic Studies Students, School is in Session

Today marks the midway point for students at the 62nd Summer School of Slavonic Studies in Prague, a month-long program for academics and enthusiasts of Slavic language and culture. I spoke with program coordinators to learn more about the school and its international student body. 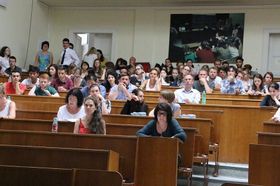 Photo: archive of Summer School of Slavonic Studies No more than one-third of the 132 students enrolled in this year’s program are Slavic by origin, Summer School coordinators told me. This year’s participants come from 37 countries across four continents, and program director Svatava Škodová says they’re students of Slavic or Czech studies, sometimes have Czech partners, or are simply curious about Czech life.

At the program’s busy campus at Charles University’s Faculty of Arts, Škodová said that the program has served as a platform to promote Czech culture since its founding in 1948.

“I think that the summer school was pretty important during the Communist period because it was some kind of gate opened for foreigners coming to the Czech Republic, and it was a chance for the lecturers and the teachers of Charles University to teach foreigners and to speak about the situation in the Czech Republic. So I think it was really, really important during that period.”

Staff members say that while the program may once have had a stricter focus on academics, it now provides students a chance to sample Czech culture and to take in the view of the capital city. Course manager Darina Ivanovová and interpreter Jana Tomečková gave me a sense of the activities, in addition to formal classes, gallery visits, and nights at the theatre.

Jana Tomečková: “For example, the students can learn to prepare Czech food; we’ve had dancing class, Czech dances; we have musical evenings where we teach them to sing Czech songs…” 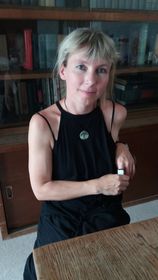 Jana Tomečková: “…Jogging with views of Prague. And of course literary workshops, theatre workshops, so a lot of different activities for everyone to choose from.”

I asked whether the school instilled a sense of community amongst its international students and staff, and the women’s answer was emphatic.

Jana Tomečková: “That’s the first word that I would use to describe this project: the community that’s being created here, and the friendships that last the whole life. Because that’s also what supports people in continuing [to study] Czech. I myself have quite a lot of friends already from different countries that I got to know here. And now I know they go to see each other in different countries, and when they meet, they speak Czech together.” 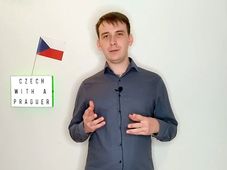 With a strong economy and cities that few can rival in their beauty, the Czech Republic has become an increasingly popular country…

Foreigners from non-EU states are obliged to undergo a Czech language exam to secure permanent residency in the country. The government… 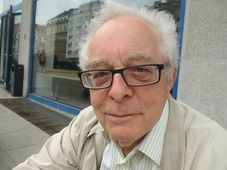 David Short and Czechoslovakia: love begins with the verb

David Short first came to Prague as a student over fifty years ago. He remained for the best part of six years, experiencing at first…