The European Commission’s 750 billion euro recovery plan, which would use an unprecedented scale of joint debt incurred by the bloc's 27 member countries, is expected to provoke a fierce debate among EU leaders. The immediate reaction from Prague has been a thumbs down from the prime minister, but also calls for solidarity from others. 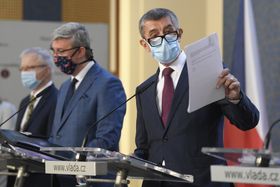 Andrej Babiš, photo: ČTK/Ondřej Deml The EC’s recovery plan, bolted onto a revised seven-year budget proposal, would provide 500 billion euros in grants to countries hit hardest by the pandemic, and make another 250 billion euros available as loans. The grants portion largely tracks with a proposal put forward last week by German Chancellor Angela Merkel and French President Emmanuel Macron and would allow the Commission to borrow on the financial markets, using national commitments to the EU budget as a guarantee.

According to the proposal, a third of the aid would go to help Italy and Spain – the countries most affected by the pandemic. The Czech Republic would get almost 20 billion euros from the recovery fund. In his first reaction to the details disclosed, Prime Minister Andrej Babiš criticized both the size of the budget as “excessive” and the criteria according to which aid would be allocated.

“These conditions are absolutely unacceptable for us. They benefit EU members with high unemployment and penalise fiscally disciplined EU member states with a low unemployment rate. This would put us at a great disadvantage.”

The prime minister argued that the sum of 750 billion euros, by which the Commission is proposing to raise the budget, is excessive saying that the European Union should borrow only funds lost by the economic drop caused by the new coronavirus and should keep the proportion of funding to individual member states intact. 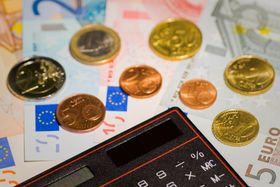 Photo: Alexander Stein, Pixabay / CC0 He stressed that it was unfair to put taxpayers in fiscally disciplined countries on the hook to repay loans that would benefit countries with little or no fiscal prudence, which had been deep in trouble even before the pandemic hit. He pointed out that precisely because of fiscal discipline Czech pensions were now two or three times lower than in the countries which would reap the benefits of the recovery plan.

The prime minister’s arguments were echoed by the opposition Civic Democrats, but others stressed the need for solidarity, on the argument that it would benefit the country in the long run. Parliament deputy Marian Ferjenčik from the Pirate Party said EU members would have to reach a compromise.

As we see it, the aid to Spain and Italy will help revive the European economy, which in turn will benefit our exporters. And we have to admit, the states of Central Europe still get more money per capita than some others.”

The debate over the proposal will continue on a bilateral and multilateral platform. It is expected to be high on the agenda of Czech-Slovak talks when the Slovak prime minister, Igor Matovič, visits Prague next Wednesday and will dominate a scheduled Visegrad summit in Brno on June 11.