Obliged to close their doors to the public during the coronavirus pandemic, a wide range of Czech cultural, historical and religious institutions have begun offering an extended range of virtual tours and online programmes. Among the latest to do so is the magnificent St Wenceslas Cathedral in Olomouc – which is developing a 3D virtual reality tour with English-language commentary – while the annual Prague Spring international music festival, whose programme, of course, needs no translation, will broadcast live. 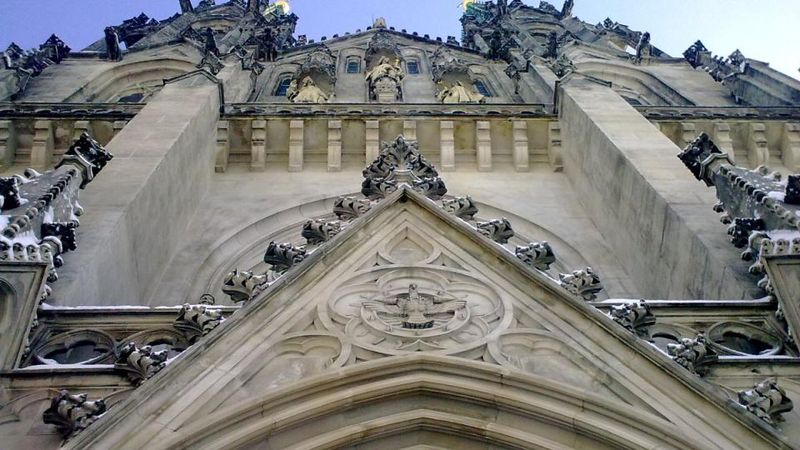 St Wenceslas Cathedral in Olomouc, photo: Václav Žmolík / Czech Radio St Wenceslas Cathedral, built in 1141, features the tallest church tower in all of Moravia. Over the centuries, its original three-nave Romanesque basilica has undergone various modifications, while the rest of the cathedral was rebuilt entirely in the Gothic style after a fire in 1265, and given a Neo-Gothic makeover in the late 19th century.

It’s all very striking, as is the view of Olomouc from the church tower.

But don’t take our word for it – you can soon see the cathedral for yourself in stunning 3D, via a virtual reality tour created for the Olomouc Museum of Art by the firm VR education. Company co-founder and web designer Petr Sanetrník:

“We’ve developed special technology that enables us to generate virtual reality content using a special 360° video. And we thought it would be great now to showcase the Olomouc monument, St. Wenceslas Cathedral – and to really do it on a world-class level. 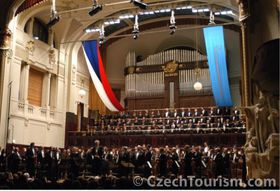 Prague Spring festival, photo: CzechTourism “When you look down from the top of the tower, you really feel like you are there. You may even feel dizzy. We’ve also made a version in English, for the whole world, and for example, Japanese tourists can take a walk through the cathedral on YouTube.”

The St Wenceslas Cathedral in Olomouc is just one example of the many Czech cultural, historical and religious institutions listeners can tour online. For the moment, it is one of the few to make use of 360° video, but Petr Sanetrník expects to see more in the near future.

“Businesses around the world – in an extremely short time – have found themselves having to work online and through the home office. This also applies to tourism. … I think virtual reality technology will become increasingly important when we must keep some social distance, but at the same time somehow keep the economy running.”

The National Museum in Prague has put nearly a dozen major exhibitions online – for example, on the period between the Velvet Revolution and June 1990 elections, or celebrating a century of Czech woodcraft or ‘tramping’ culture, and natural science collections.

Meanwhile, for the first time in its 75-year history, the Prague Spring International Music Festival will not be playing before a live audience – but it will air concerts live, free of charge, on Czech Television and Czech Radio. Festival director Roman Bělor:

“The Prague Spring festival is preparing a whole series of other streamed concerts, with a major role played by young Czech artists and leading Czech chamber musicians. […] We are also in negotiations with foreign artists regarding the possibility of streaming planned recitals from abroad for Czech audiences.”

The alternative Prague Spring programme will be finalised in the coming weeks and updated regularly. Here at Radio Prague International, we will also be keeping listeners informed of opportunities to experience such Czech events – at a safe distance. 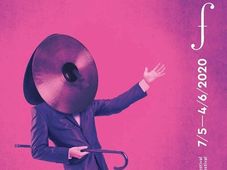 The Prague Spring, the biggest classical music event in the Czech Republic, attracts top international orchestras and soloists every…